Dating and relationships, in general, can be tricky for anyone, and dating an introverted man is not exempt from this rule.

So, to make dating an introvert man easy for you, here are some dating tips to consider:

First off, and before we jump into the tips I’d like you to think hard before you start dating an introverted man. Be honest with yourself about who you are and what your expectations are.  Are you dating because it’s something you feel like doing, or is dating an introverted man your last resort? If it’s the latter, then I’d advise against dating this type of man and instead focus on dating other types who won’t expect as much from you.

Now that we’re past this …

11 Tips on How To Date an Introvert Man

Dating an introverted man requires that you learn how to embrace their nature. This means that you should be aware that they’re not going to want to do the things society views as dating activities. They’ll find the club scene to be too loud and overwhelming, so if you want to go out, don’t expect him to join in every time! Even for introverts dating can be draining, so your man will most likely appreciate alone time after a long day of work, so don’t try to force him into being someone he’s not. accept his nature and learn more about how he sees the world around him and may be hooked!

2.  Don’t Put Him in the Spotlight

One of the biggest mistakes most women make when dating introverted men is trying to put them in large social gatherings or events where they feel really uncomfortable and out of place. This mistake actually makes their life ten times harder than it has to be, so don’t do that. If you really want to put him in the spotlight then try something smaller with close friends or family members instead. This way he can feel more comfortable, and thus enjoy himself more!

3. Let Him Have Some Alone Time

As I mentioned already introverted men need some alone time every once in a while. This does not mean he won’t love spending time with you, but you should understand that at times all this togetherness can be draining for him so give him some time to himself! He will come back rejuvenated and ready to spend more time with you without feeling overwhelmed by your presence or your expectations of him.

Introverted men are often overwhelmed by people, especially strangers. They really do not like interacting with them unless they know them for a long time. So if he feels overwhelmed by everyone around him, let him have an oasis – you! You should be the only person he wants to reach out to in these moments. Be there for him and you will find that he would be very open and responsive to your advances.

Tell him you’re there for him when he’s overwhelmed or anxious, you wouldn’t mind a silent walk or a cuddle on the couch. He will truly appreciate it.

5.  Don’t Press For Too Much Information

Introverted men are perfectly capable of carrying on a conversation, even if they do not say much! You shouldn’t mistake his lack of words as a sign that he’s lost for words, because this isn’t the case at all. He just needs time to process what he thinks about something before speaking up. So, instead of pressing him for information, simply give him time and let the conversation flow naturally

7.  Be supportive and expect to be supported back

Being in a relationship with an introverted man is very much about good communication and support. He will definitely need your support every once in a while, but he’ll also be able to provide you with the same, if not better! Always be there to support him even when his problems seem trivial to you because they’re important to him and he will definitely appreciate his girlfriend’s support at times of need.

But you should expect less from him yourself. make it clear that you expect his support when you ask for it and never be the one to support him every time. If you do, he might feel like he can’t function without your help. Let him know that you expect a return of support in such situations and provide him with ways in which he can support you back.

8.  Be willing to take the lead in social situations

Introverted men generally aren’t very comfortable with making small talk and striking up conversations with strangers which is why it’ll be easier if you were the one who takes charge in such conversations (and you can always count on him to keep quiet and be supportive sitting beside you). Being an introvert himself, he’ll also be more comfortable if you were the one who takes the lead in social gatherings and plan outings because he will feel less awkward being surrounded by strangers.

You should expect him to know a few good places where you can go on a date but avoid any extremes which might make him uncomfortable – no parties, bars, etc.

9.  Be willing to communicate about your feelings and needs

All relationships need good communication in order to work out well, but introverted men find it even more important because they are less likely to spontaneously ask for help or give comforting gestures. Always keep the channels of communication open with him whenever you’re feeling upset, frustrated, or just need to talk about something which is upsetting you.

You should expect him to be open only if he’s extremely upset and otherwise will probably communicate with you at his own pace. Don’t demand an immediate response from him, but don’t let it pass if he hasn’t reached out to you in a couple of days because that might upset you and in that case, no relationship will work out well for either of you.

10.  look for his strengths and  leave behind his weaknesses

Every person has their strengths and weakness, so does your boyfriend. Look for the good in him even when he’s not everything you ever dreamed of. Focus on what you like about him instead of constantly pointing out what bothers you about him because eventually, all this will lead to relationship problems. Every person changes over time so show your introverted man that you’ll be patient with him and leave behind what makes him who he is.

11.  Be true to yourself and expect him to do the same

This is a very general tip that applies to all relationships, but it’s especially important in the case of an introverted man because he will easily pick up on your emotions if you’re not being true to yourself.

No relationship can work out well when both parties are anything but themselves. Be yourself and expect him to do the same. If you’re not comfortable with something which he does, don’t be afraid to speak up because your honesty will make your relationship stronger in the long run.

If something bothers you about him, take the time to discuss it in a gentle way like two mature adults and remember that he’s human and humans make mistakes (so do you, so will he).

Dating an introvert man is very different from dating a more extroverted person. You have to be willing to accommodate his personality and find ways in which you can best support him while he does the same for you.

Remember that every relationship has its own challenges but when two people love each other, they’ll learn how to manage their problems. Be honest with yourself and your boyfriend about what you can and cannot do, respect his strengths and weakness, be true to yourself, and always make time for each other.

Communication will also always help your cause so if there are problems in your relationship then it’ll be important that you both learn how to work it out.

I hope this article was helpful in your case. good luck to you ]and your introvert! 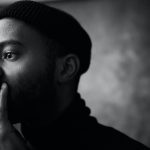 Too Introverted For a Relationship? Don’t worry, we Got You!(5 step guide)

8 Dating Ideas for Introverts to Enjoy Their Time With Their Date!

Too Introverted For a Relationship? Don’t worry, we Got You!(5 step guide)

Where Do Introverts Find Partners? Here’s The Answer

INTP Emotions: How INTPs Deal with Emotions and Feelings