By Sarra
10 min. read
Support us by sharing on:

If you’re an INFP with an Enneagram type 6 wing 5, then you’re in for a treat! This comprehensive guide is just for you.

Here, you’ll find everything from your personality’s strengths and weaknesses to how to overcome your unhealthy dark side.

What Does INFP 6w5 Mean?

INFP is an acronym that stands for introverted, intuitive, feeling, and perceiving. Enneagram type 6 wing 5 is simply the combination of those two personality types.

INFPs are known for being incredibly creative, sensitive, and compassionate individuals. They often have a strong sense of intuition and are very in tune with their emotions. However, they can also be quite anxious and prone to overthinking.

6w5 INFPs are a unique blend of both personality types. They possess all of the INFP strengths, but they also have some of the 6’s qualities, such as being loyal and reliable. They’re often very analytical and detail-oriented individuals.

They also have a strong sense of intuition, but they’re able to ground themselves with logic and reason.

INFP 6w5s are usually very private people. They often keep their thoughts and feelings to themselves, only sharing them with close friends or family members.

How Does the 6w5 impact the natural INFP Personality traits?

There are not many INFP who identify as INFP 6w5. Most of them are INFP 9w1s.

The 6w5 INFP is a very rare personality type. Having the enneagram type 6 makes people mistype themselves as INTJs due to the rationality INFP 6w5s have.

What are the Strengths of an INFP 6w5?

If we’re to summarize INFP 6w5 strengths, these individuals are:

What are the Weaknesses of INFP 6w5?

Signs of an unhealthy INFP 6w5?

INFP 6w5 are prone to be confused about their personality type since they don’t fit with the INFP stereotype.

They may be mistyped as INTJs because of their 6th enneagram wing and so this confusion and endless thinking about their personality can lead to 6w5 INFPs shutting down emotionally and becoming paranoid.

How to become a healthy INFP 6w5?

There are many different careers that would suit this personality type. Here are some examples:

The INFP 6w5 personality type is a rare combination of INFP and 6th Enneagram wing 5. They are creative, realistic, and highly in tune with their emotions. They are less sensitive than other INFPs, more private, and always search for security.

The best way to know if you are an INFP 6w5 is by taking a personality type test and comparing your results to the INFP 6w5 description.

6w5 INFPs are creative, realistic, and highly in tune with their emotions. They are less sensitive than other INFPs, more private, and always search for security. INFP 6w7s, on the other hand, are idealistic, imaginative, and focus more on their inner world than the outer world.

INFP 4w5s are creative, idealistic, and in touch with their feelings. They often have a strong sense of intuition and can be seen as enigmatic.

6w5 INFPs are creative, realistic, and highly in tune with their emotions. They are less sensitive than other INFPs, more private, and always search for security. 6w5 INFPs are also rarer than 4w5s.

Did you find this INFP 6w5 guide helpful? Make sure to help us create personality type awareness by sharing it with people who’ll find it helpful too! 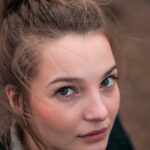 Introducing the Most popular personality type!