Introverted Traits
By Sarra
3 min. read
Support us by sharing on:

This article will explore the ISTP 7w6 personality type. We will look at the core desire and fear of the ISTP 7w6, what sets them apart from other ISTP types, some of the challenges they might face, and some careers that might be a good fit for them

The ISTP 7w6 is an independent and assertive type. These individuals are quick thinkers and good at problem solving.

They like to be in control and often take charge in situations. They are confident and can be persuasive. They are also competitive and like to win.

What sets the ISTP 7w6 apart from other ISTP types?

One of the things that sets the ISTP 7w6 apart from other ISTP types is their core desire. The ISTP 7w6’s core desire is to be free and happy.

Whatever the case may be, the ISTP 7w6 just wants to avoid feeling trapped in their life.

These motivators alongside other personality tendencies set the ISTP 7w6 apart and makes them more adventurous and excitable than the other ISTP types.

What are the challenges the ISTP 7w6 might face?

The need for freedom

The ISTP 7w6’s need for freedom can sometimes get them into trouble. They might find themselves in situations where they are not able to be their true selves or where they feel trapped. This can lead to frustration and even resentment.

The fear of being trapped

The ISTP 7w6’s fear of being trapped can also lead them to avoid commitments. They might shy away from relationships or other situations where they feel like they will be tied down. This can make it difficult for the ISTP 7w6 to form lasting bonds with others.

The need for stimulation

The ISTP 7w6’s need for stimulation can sometimes lead them to take risks. They might find themselves in danger or in other situations where they could get hurt. This can be a problem if the ISTP 7w6 does not have a good sense of self-preservation.

The fear of being alone

The ISTP 7w6’s fear of being alone can sometimes lead them to make poor choices. They might find themselves in relationships or situations where they are not really happy. This can be a problem if the ISTP 7w6 does not have a good sense of self-worth.

The need for control

The ISTP 7w6’s need for control can sometimes lead them to be manipulative. They might find themselves in situations where they are trying to control others or the outcome of a situation. This can be a problem if the ISTP 7w6 does not have a good sense of ethics.

Best Careers for the ISTP 7w6:

This personality type does best in careers that  offer them a high degree of freedom and flexibility. They are often drawn to careers in which they can use their hands-on skills to create or fix things. They may also enjoy careers that allow them to take risks and explore new ideas and possibilities.

Some potential career options for the ISTP 7w6 include:

Famous/Fictional/Anime Characters that are ISTP 7w6:

Did you find this helpful? If so, please support us by sharing it with your friends!

Remember that personality type is just one part of who you are. There are many other factors that make up a person’s identity.

So please take this information with a grain of salt and use it as a starting point for further self-exploration! 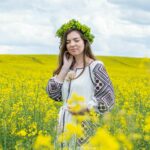 Why Do Introverts Love Reading?