13 Tips on How to Text an Introvert Guy

What do you do if the guy you like is an introvert? What if he texts less than you, or worse, doesn’t text back at all? Well, I got you covered! Follow these tips to get him to respond!

13 Tips for Texting an Introvert Guy

Don’t be too shy to give him a text. Remember, it doesn’t have to be perfect! If you want, just send a simple “hey” or something. He will appreciate the effort.

If he responds with what he’s up to or an emoji, that’s great! Keep the conversation going by responding in kind (or not at all). It might feel like he isn’t interested if the conversation stalls out, but don’t worry: he’ll probably get back to you when he feels ready. And even if not, there are plenty of other fish in the sea who would enjoy your attention

Let’s say he got back to you…

The first thing that’s important is making sure your message gets noticed. If it’s not marked as unread and in a different color, chances are he won’t see it until later on when he checks his messages again. As a result, make sure your message stands out by using emoji faces or something else unique from the rest of the conversation so that it will be easy for him to spot and read right away.

This tip goes hand-in-hand with the previous one. You want your message to be noticed, but you don’t have enough time in the day to write a long-winded novel that will bore him. So make your point quickly and concisely, keeping it short and simple so he doesn’t lose interest.

There’s nothing worse than trying to have a conversation with someone when you’re in the middle of doing something else. He could be on his computer, or watching TV, or playing a game. Whatever it is, he’s not giving you his full attention because he has other things distracting him. If this is the case, ask him to put it aside for a bit so that you guys can focus on each other.

5. Be a good listener

One of the downsides to being an introvert is that they don’t like talking about themselves, so this will come naturally to you anyway! But another thing about introverts is they’re always listening. They listen to their friends when they talk because it’s information they never know when they’ll need. Well, the same goes for guys you’re interested in. When he’s talking to you, pay attention and actually listen to what he has to say with interest!

This is a HUGE turn-off for guys no matter who they are because it shows that you have no personality whatsoever and are willing to say anything to get what you want. So if he asks you a question and your response is, “That’s cool,” even though it’s not, don’t expect him to respond back!

This tip goes hand-in-hand with being honest: be open about who you are and what you like. If he asks what you had for dinner last night, tell him! If he wants to know what your favorite song by Coldplay is, tell him! If he wants to know why you love cats so much, explain it to him! You’ll make a better impression if you’re honest about who you are than if you lie and say something else.

8. Don’t put him on a pedestal

This one is similar to not being honest, but it goes further than that. If he’s doing something you don’t like, but you’re too afraid to say anything because he might get offended, let it go! You can point out the bad things about him without saying them directly if you ask, “What do you think about _____?”

It’s completely fine if you’re busy sometimes and don’t want to text the guy back every time, but don’t shut him down! If he wants to see you, then tell him that! Don’t make excuses like, “Oh, I can’t. I’m busy.” If you want to see him and text him, then do it!

A lot of people like talking about themselves, especially guys! Even though they don’t always seem like it, they love talking about their day or their favorite TV show or anything else that’s going on in their life. So if he’s writing you about things he likes, then read it for real! text back follow-up questions so it seems like you’re interested in the things he’s writing you about. It’ll make texting for both of you a lot less awkward.

12. Suggest meeting up through text

This is a good strategy for guys who are shy or aren’t looking for anything serious. If you want to meet up, tell him “I’m free on Sunday! How about we _____?” But make sure you agree on a specific place and time. He’ll feel more comfortable if he knows exactly what he’s getting himself into before the date.

This tip is pretty much common sense because you don’t have to pretend to be someone you’re not, but it’s important for introverts! He’ll know if you’re faking an interest in things you don’t care about.

In summary, here are 13 tips on how to text an introvert guy. If you’re looking for a way to make the texting process less complicated and more natural, these tips should provide some ideas that work well with his personality type. I hope this article has been helpful! and, as always, comments or feedback are always welcome! 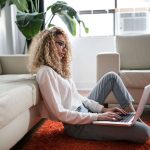 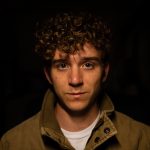 How To Make An Introvert Forgive You?