Introverted thinking will be the last introverted cognitive function we go over in our series, I already covered the other three:  Introverted Intuition (Ni), Introverted Feeling (Fi), and introverted Sensing (Si).

In this article, I’ll cover what Introverted Thinking (Ti) is, Who uses the thinking cognitive functions, the difference between (Ti) vs (Te), and how to practice your introverted thinking.

What is introverted Thinking (Ti)?

Introverted thinking in short: It’s a decision-making function that is associated with curiosity in ideas, working out complex systems or plans, and organizing information into subjective categories.

Subjective logic is what is preferred when it comes to decision-making for Ti users.

It is a “subjective” function that can be difficult for an ‘external’ thinker type to understand and relate to within others.

Someone whose primary mode of living is introverted thinking will strive after their own opinion rather than bend to outside influences.

Often times Ti users take the time to explore ideas in-depth on their own. They come up with many complex plans or plans of action that they do not share with others because they don’t want external influences interfering with their ability to follow through with them.

An introverted thinker will want to know how systems work and what makes them tick. They will choose to learn about and understand their surroundings through their own subjective analysis of the situation.

unlike introverted feelers,  introverted thinkers do not typically need to ask questions about how they themselves possibly feel in a given situation and/or what is the ‘ethical’ thing to do.

They’re more likely to ask “why” than “what.” Ti users can be seen as knowledge-seekers who like dissecting ideas, theories, problems, and concepts in order to thoroughly understand them on a deeper level without relying much on their emotions.

Who Are the Introverted Thinkers?

How Do You Practice Introverted Thinking?

According to Isabel Myers (in her book Gifts Differing: Understanding Personality Type ), there are three specific steps to go about making a decision using introverted thinking:

I’d suggest you keep a practice journal to track the pattern of your thought and categorize your thoughts for you to make better judgments and reach the right decisions.

Individuals with a strong preference for introverted thinking will be more concerned with what makes logical sense to them than they are about the outside influences on their decisions.

I hope this article helped you better understand Introverted thinking. Let me know what you think in the comments section below. 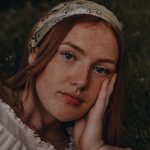