By Sarra
13 min. read
Support us by sharing on:

If you’re looking for an INTP vs INFJ test to better identify your personality type, then you’re off to a good start here.

In this article, we will take a closer look at the similarities and differences between INTPs and INFJs, based on their cognitive functions to help you learn how to spot the difference between them to better identify your MBTI type.

These cognitive functions can be further explained as follows:

Major Similarities To the INTP Vs INFJ

Based on their function stacks, you can see that both of them have dominant introverted functions( Ti and Ni) and they both use the same judging functions (Ti and Fe) but the order of their cognitive preference for these functions is quite different, still, despite the difference, both of them will:

-Be introspective due to their introversion.

-Have a need for independence.

-Prefer to spend time alone or with a few close friends.

-Be curious and analytical.

-Feel a deep sense of responsibility for their loved ones.

Now despite these similarities, INTPs and INFJs have some notable differences.

11 Examples to Understand the INTP vs INFJ Comparision

1. How They Observe The World:

2. How They Approach Problems:

3. How They Make Decisions:

4. How They Deal with Feelings

5. How They Handle Change:

6. How They React Under Extreme Conditions

7. How They Deal with Conflict

8. How They Relate to Others

9. Their Connection With Friends and Family

10. How They Approach the World

11. How they perform in the Workplace

Can an INTP be mistaken as an INFJ?

Yes, they can. INTPs and INFJs share two of the same functions (Ti and Fe), and even though they’re in the same cognitive preference order, INTPs can exhibit traits that INFJs are known for, such as being more in tune with their feelings and taking care of people.

INTP/INFJ Chemistry: Why are INFJ and INTP the golden pair?

The reason INFJs and INTPs are called the golden pair is that they complement each other when they’re in their mature mindset. INFJs find INTPs attractive for their unique intelligence and objective view of the world while INFJs help INTPs understand people better and their feelings better.

Can an INFJ become INTP?

No, they can’t. Although they have similar preferences, their cognitive functions are different. An INFJ can act like an INTP but that doesn’t mean they are one.

INTPs are often drawn to INFJs because of their gentle and empathetic nature. INFJs are also a good balance for INTPs, as they help them understand their emotions and why people do the things they do.

Be sure to check out my other articles about INTP and INFJ Personality types! 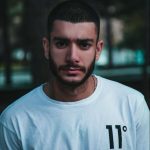