INFP
By Sarra
6 min. read
Support us by sharing on:

We will also look at some famous INFP 3w4 characters whom you’ll relate to from fiction and real lives.

What Does INFP 3w4 Mean?

The INFP 3w4 personality is a unique blend of the Myers Briggs INFJ type and Enneagram type 3 wing 4.

This combination results in a personality that is highly creative, ambitious and independent.

This personality type is mainly driven by the core desire to be unique and to stand out from the rest. They seek to be seen as special and to have a strong personal brand.

Their core fear is  of being ordinary and feeling like they are not living up to their potential.

The impact of the 3w4 on the natural INFP Personality traits

Type 3 really brings out the best in an INFPs creativity. The 3w4 is the type of INFP that will go above and beyond to create works of art that they believe will have a positive impact on the world and that people will praise them for it.

This type also has a lot of drive and is not afraid to put in the extra work to make their dreams come true. so this type of INFPs will usually be very successful in their chosen field.

The effect of the enneagram wing 4 shows in this INFP’s need for validation and appreciation. They want to be seen as special and unique and often feel that they are not getting the recognition they deserve.

This can sometimes lead to them feeling like they are not good enough and can result in depression.

What are the Characteristics of an INFP 3w4?

3w4 INFPs are known for their go-getter attitude and their ability to be very successful in any area they set their minds to. They are determined individuals who are constantly striving to reach their goals.

3w4 INFPs tend to show their individualism through their creative endeavors. They often have a passion for art, music, or writing.

This subtype is definitely more independent than the average INFP. They prefer to work alone, but they can also be very persuasive when they need to be.

3w4s are very flexible and adaptable people. They can easily switch between different tasks and projects without getting overwhelmed.

just like many INFPs, these individuals have a strong sense of empathy and they are always willing to help others in need.

Their drive and sense of individualism don’t hide their gentle and compassionate nature.

Although not as much as other INFPs, 3w4s can be quite sensitive because of their dominant Fi. This can make them seem a bit emotional at times, but they usually keep their feelings under control.

Most INFPs are good with people when they’re not shy, but this subtype is especially charming and charismatic. They have a way of making others feel comfortable around and trust them enough to tell them their deepest secrets.

What are the Weaknesses of an INFP 3w4?

This personality type will naturally thrive in careers that  involve a lot of creativity, such as:

An extremely rare combination, but it’s still a possible one! Actually, only around 1.5% of INFPs identify as type 3 on the enneagram test.

A combination of the MBTI INFP and the enneagram type 3 wing 4. These people are creative, charming, and driven.

They have a strong need to be successful and are often very competitive. They are also sensitive and compassionate but can be prone to self-doubt.

Both types are creative, dreamy, and highly sensitive. They both have a strong sense of right and wrong. And they both can be quite hard on themselves.

The main difference between the INFP 3w4 and the INFP 4w3 is that the 3w4 is more self-confident and assertive than the 4w3.

The 3w4 is also more likely to be successful in their career and have a more extroverted personality than the 4w3.

Both the 3w4 and the 4w3 INFPs are creative and imaginative.

The main difference between an INFP 3w4 and an INTP 3w4 is that the former is more creative and expressive, while the latter is more logical and analytical.

Both types are ambitious and goal driven.

Did you find this INFP 3w4 guide helpful? Make sure to help us create personality type awareness by sharing it with people who’ll find it useful too! 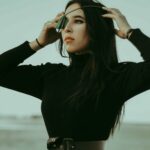