This guide will explore the ENFJ 3w2 personality type. We will discuss the characteristics, weaknesses, and some of the famous people who fall into this category.

What Does ENFJ 3w2 Mean?

The ENFJ 3w2 is an MBTI personality type that falls under the Enneagram type 3 wing 2.

This combination results in a personality that is driven, competitive, and image-conscious. They are often successful in their chosen fields and place a high value on appearances.

This personality type is mainly driven by the core desire to succeed and have a positive public image. They are often very ambitious and driven to achieve their goals.

Their core fear is of being seen as a failure or as someone who is not good enough. This can result in them overcompensating and trying to prove themselves to others.

7 Key characteristics of the ENFJ 3w2

This type is gifted with an innate ability to draw people in and make them feel special. With their natural charisma, ENFJ 3w2s are often the life of the party and can easily put others at ease. They’re warm, outgoing, and enthusiastic, and people are naturally drawn to their positive energy.

ENFJ 3w2s are known for their passion and intense emotional reactions. They feel things deeply and strongly, and they’re not afraid to show it. When they’re upset, they can be quite dramatic. But when they’re happy, they’re incredibly joyful and optimistic.

ENFJ 3w2s are highly attuned to other people’s emotions and they have a strong desire to help others. They’re compassionate and caring, and they’re often the first to comfort someone who’s hurting. They’re natural peacemakers and they’re often drawn to helping professions.

These individuals are highly motivated. They’re go-getters who are always moving forward. They’re often ambitious and they have a strong drive to achieve their goals.

3w2 ENFJs are highly intuitive. They’re able to see beyond the surface and they’re often able to sense what’s going on with other people. They’re also very in tune with their own emotions and they have a strong gut instinct.

Key weaknesses of the ENFJ 3w2

Can be manipulative and deceptive

While they can be charming and outgoing, ENFJ 3w2s also have a dark side. They can be manipulative and deceptive in order to get what they want. This is not always intentional, but it can often be a result of their strong emotional reactions.

3w2 ENFJs can also be very image-conscious. They’re often concerned with what other people think of them and they can be quite vain. They may go to great lengths to maintain a certain image, even if it’s not authentic.

Can be overly dramatic

Since they feel things so deeply, ENFJ 3w2s can sometimes be overly dramatic. They may overreact to situations and they can be quite melodramatic. This can often be a result of their strong emotional reactions.

ENFJ 3w2s can also be immature at times. They may act without thinking things through and they can be quite impulsive. This can often lead to them making poor decisions.

3w2 ENFJs can also be self-destructive. They may engage in risky behaviors and they can be quite reckless. This is often a result of their impulsiveness and their lack of foresight.

This personality type will naturally thrive in jobs that allow them to be creative and use their people skills.

They will also do well in leadership positions or any job that has a lot of social interaction.

Here are eight of the best career options for the ENFJ 3w2 personality type.

It’s a combination of two personality types- ENFJ and 3w2. ENFJs are known as the “Givers”. They are outgoing, compassionate, and natural leaders. 3w2s are creative, ambitious, and seek validation from others.

The 3w2 ENFJs tend to be more charming and optimistic than the 3w4s. They are also more likely to be in leadership positions and to take on more responsibilities than their 4 wing counterparts.

3w2 ENFJs are much more compassionate and emotional than 3w2 ENTJs. They are also more people-oriented and value close relationships.

Both types tend to be successful, but ENFJs may have an easier time because they are better at networking and building relationships.

INFJ 3w2 are less outgoing than ENFJ 3w2. They also tend to be more reserved and private, while ENFJ 3w2 are more extroverted and sociable. Both types are very compassionate and caring, but 3w2 ENFJ may be more likely to show their emotions openly.

ENTP 3w2 s are known for their devilish side, while ENFJ 3w2s are more interested in promoting peace and love. Although both types are outgoing and enjoy socializing, the ENFJ 3w2 is more focused on one-on-one interactions while the ENTP 3w2 enjoys groups.

We hope you found this article helpful in understanding the ENFJ 3w2 personality type. If you did, share it with others who might benefit from reading it. 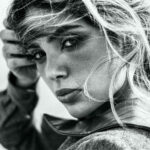 ENFJ 3w4: Introduction,Challenges and Self Growth!

ENFJ 5w4: Introduction,Challenges and Self Growth!

ENFJ 8w7: Introduction,Challenges and Self Growth!

How To Make Friends As An Introvert With Social Anxiety?